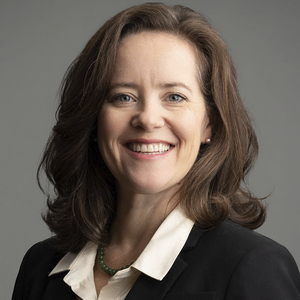 With abortion blocked, what happens to the health of the mother? – Wisconsin Examiner

In an article about complexities of Wisconsin’s abortion ban exemption in cases where the health of the pregnant patient is at risk, Bennett discussed common conditions that can make pregnancy dangerous, and how restrictions are making it challenging for physicians to provide the best possible care:

“In countries with restrictive abortion laws, she says, there have been “really striking cases of maternal death” among women with intended pregnancies who were hospitalized with an illness but not considered sick enough to qualify for an abortion that could have been lifesaving.

“Because every now and then something goes terribly wrong in a pregnancy,” Bennett says, “and people are confined to an institution where they are subjected to laws [preventing abortion], where intervention is delayed to a point where they become so ill that their lives cannot be saved.””

In this interview, Bennett expresses frustration at abortion restrictions that may lead more people to self-manage their care:

“According to health experts, when used correctly, the pills are about as safe and effective as a surgical abortion but have a shorter gestational limit of 11 weeks.

Still, for UW Health OBGYN Dr. Eliza Bennett that isn’t ideal, believing many people would desire and benefit from having a physician to be able to turn to for assistance.

“It’s a sad day when in the United States, a country with many many resources, that people are going to be relegated to self-managing their healthcare,” she said.”

In this article, Bennett addresses many of the gray areas, including ectopic pregnancy care, miscarriage management, and fetal anomalies, that Wisconsin’s 1849 abortion ban does not adequately address:

“Bennett noted that historically, doctors have counseled patients, explaining the risks and allowing the patient to decide whether to proceed with a pregnancy.

“But now we don’t have that ability to offer patients that kind of leeway, or at least we don’t know if we have that ability, because there’s no guidance, there’s no case law that gives us that insight to tell us when we can intervene or when we’re not allowed to,” Bennett said, calling the lack of clarity an “enormous issue.””