In the News: Cutler shares insight in post-Roe reporting 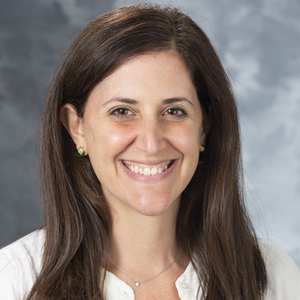 Since the United States Supreme Court issued its decision in the case Dobbs v. Jackson Women’s Health Organization on June 24, overturning the constitutionally protected right to abortion, UW Ob-Gyn Assistant Professor Abigail Cutler, MD, of the Division of Academic Specialists in Ob-Gyn, has spoken with many news outlets to discuss what that decision could mean for the future of reproductive health care in Wisconsin and beyond:

After Roe, doctors grapple with limits placed on the care they can provide – NBC News

In a story about the gray area of abortion ban exceptions for the life of the pregnant person, Cutler talks about the challenges in applying the policy:

“Right now, all states with bans make exceptions for the life of the mother, meaning doctors can legally terminate a pregnancy if the mother will die. But doctors say that what constitutes imminent death has remained vague under the laws and they now fear that the shifting legal landscape is putting pregnant patients in grave danger.

“Abortion is still life-saving care,” Cutler said. “Someone is dying in front of you and if you do not intervene, they will die. But what constitutes saving the life of the mother can be impossible to pin down. How sick does a mother need to be? How much blood would they have lost?””

In this interview, Cutler talks about the many uncertainties facing clinical care providers in Wisconsin, including confusion about Wisconsin’s exception in cases where abortion is necessary to save the life of the pregnant person:

“"Knowing when that line is, when does a patient, when does a mother or a future mother become sick enough or is in enough danger to require life-saving treatment immediately," Cutler told Wisconsin Public Radio. "I think that's a really difficult line. There is no line, really.””

How Close to Death Does a Person Have to Be to Qualify for an Abortion Ban Exemption? – Mother Jones

In this article, Cutler also shared insights into the challenges of exceptions for abortion care in emergency situations:

“The ambiguity in Wisconsin’s state abortion ban, for instance, has left doctors like Abigail Cutler, an OBGYN in Wisconsin, in an impossible bind. Wisconsin’s law, written in 1849, allows abortions to “save the life of the mother.” “Where’s that line?” Cutler asks. “How close does a patient need to be? On the brink of death for me to step in and intervene? What if I wait too long and she dies in front of me? Or what if in the eyes of some prosecutor who’s not a doctor, not at the bedside, not staring at the patient bleeding or infected in front of them—to them, what if I intervene too soon, and I’m charged and risk going to prison?””

Academic Specialists In Obstetrics and Gynecology