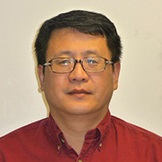 The main focus of Dr. Zheng's laboratory is to determine how fetal and placental endothelial function is regulated, particularly during pregnancy complications with ultimate goals to control blood flow to the fetus. This is important as changes in fetal and fetoplacental blood flows are directly correlated with fetal growth and survival as well as neonatal birth weights and survivability. Specifically, the Zheng laboratory is to investigate 1) how pregnancy complications (e.g., preeclampisa) affect gene expression and function of fetoplacental endothelial cells, 2) if these genes and function are associated with risk of adult-onset cardiovascualr diseases, and 3) how locally produced factors (e.g., growth factors) and environmental factors (e.g., dioxin and oxygen) can affect fetal and placental vascular endothelial function as well as what are signaling molecules inside cells involved in. The Zheng laboratory is also interested in investigating mechanisms controlling ovarian cancer growth as well as therapeutic intervention for ovarian cancer and other gynecologic pathologies. Zheng laboratory has/will use state of the art technology to identify genes which are potenetially used as biomarkers/therapeutic tragets for preventing and treating  pregnancy complications-related cardiovascular diseases.  His laboratory has/will aim to  dissect cellular and molecular mechanisms controlling fetal endothelial function, which are poorly understood so far.